Well, for a while I'm going to try blogging again.  Took a short hiatis and tried to find another blog platform which I could feel comfortable with, but most of them are too costly or too difficult for this old brain to wrap around.  So I'll hang in here with Google.  I guess I need to change with the times.  I am still not happy with Google but for me, for now, it's the only game in town.  Only plus side for me is that they make no $$$ from me ...

So I'll get back on post some photos and let you all know what I'm up to.  Probably won't be as much as in the past, but I'll do my best.  We have been out and about and I have some neat photos to share.  So look for it in a few days.

Hope you've had a wonderful Easter weekend.  God bless you and have a great week!

What in the world is happening to people!?  How have we slid so far down into fear, gloom and despair in just 10 short months?  Since I don't live like that, it boggles my mind and honestly, I just can't get my head around it.  So, will this year be looked back on as a wasted year by most people?

Not me!  I've learned a lot about myself -- and about those around me -- this year!  Lots of new and interesting and challenging things have happened to me this year.  I've found that even though some people have hunkered down these last few months, I've been able to (safely) go about living and also almost entirely changed my life!  In a few words, I divested myself of lots of possessions and responsibilities, and helped facilitate a move from one side of Indiana to the other.  Those few words encompass a LOT of things that couldn't have been accomplished if I had stayed holed up inside my house!  Life goes on people!  I wish I could talk to my neighbor more, but she doesn't want visitors "just now ... maybe next summer" (when we've all be innoculated?).

So ... Wendell and I moving forward, enjoying life and just now thinking about such mundane things as when to take down the Christmas decorations.  I want to keep them up for a while but W. is ready I think.  I'll try for after New Year's Eve!  Sometime.  We had a great Christmas celebration last Sunday with our entire little family.  Presents, talk, food, talk, laughter, talk ... yada, yada, yada! LOL!  It really was a great day and went by much too quickly!  I think Veronica got just about everything on her list, thanks mostly to Uncle Jeff!  We ALL love to spoil her!

We've also been busy visiting places around here and have lots more territory to cover.  Drove to Celina and went around Grand Lake.  Visited a winery.  Took Round Barn Road to Richmond and saw -- round barns!  Visited two large antiques malls and a couple other smaller shops.  Tried to shop as many businesses in downtown Winchester as we could -- meat market, movie theater, thrift store, consignment shop, pop-up Christmas mart, Hallmark shop, DIY shop, barber shop, etc.  (More on that DIY shop later!  Sounds like future fun for me!)  We love the small movie theater, which has three screens and shows first-run movies and BTW has cheap popcorn on Tuesday nights.  Saw "Let Him Go" with Kevin Costner there couple weeks ago.

Well, here's some photos from the antiques shops we've visited.  (But the most fun has been visiting Bear's Mill over near Greenville, Ohio and I'll put photos of that excursion on here a.s.a.p.)  .... 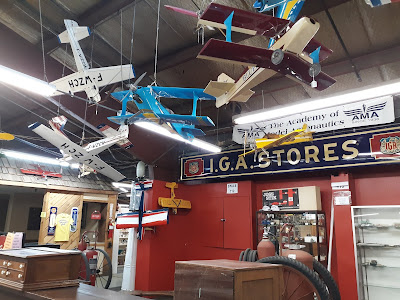 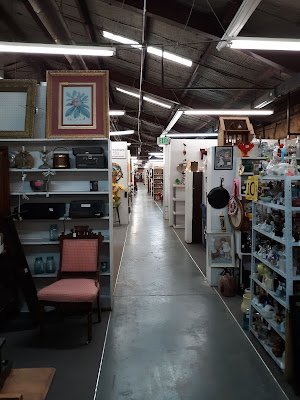 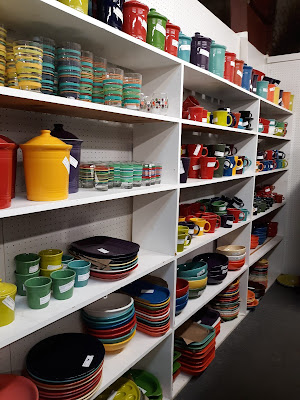 These three photos are from the Centerville Antiques Mall.  It's a HUGE place and we couldn't cover it all in one day so we'll be going back.  They have a restaurant in the mall, so you can stay all day.  I liked the booth with all the Fiestaware the best!  This photo shows only 1/4 of that booth!  Wow!  You know, I've always wanted to change to Fiestaware ....... hmmm, am I too old to change table ware ??? 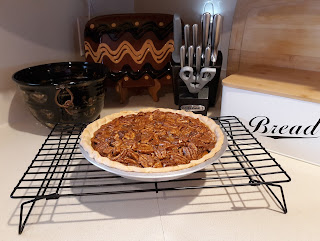 In the midst of it all, I tried a new pie recipe ... pecan chocolate chip!  Yum!  Also made a fruit cake last week.  First time I've made one in YEARS.  Still in the process of spooning some brandy over it each night.  We'll try it next week (or maybe New Years day) and I'll give you a report!  I'm getting used to my much-smaller kitchen and find it still difficult to have much help there; not enough room.  But I still enjoy doing some cooking -- there's a place here that makes and sells noodles called Mrs. Coe's Noodles.  Right downtown.  I finally tried a package this week and YUM!  I did chicken and noodles (using chicken thighs) in the crock pot and it was a winner.  But I also enjoy trying 'new' places (to us) to eat out.  Favorite so far in our town is Kabuki for Asian and Roots for American-Midwest.  And yes, we eat OUT.  I just heard today that 1/5th of American small businesses have already gone under.  I'm doing my part ... how about you?!
Back to photos: 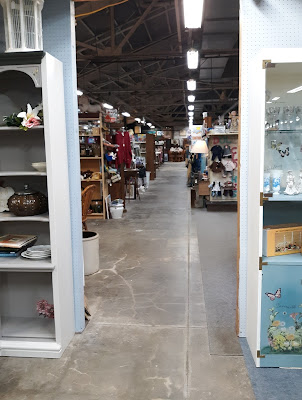 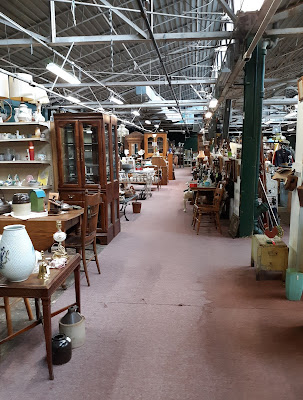 These two photos are from the Jay Garment Factory Antique Mall in Portland.  Wow!  We'll be going back there, too.  Like the name says, it's in an old garment factory building.  It's so big!  Actually sort of overwhelming.  One booth had probably 100 picnic baskets; never seen anything like that.  We went to the Centerville antiques mall on a Saturday and there was a surprising number of people there, but 500 people would rattle around in there like marbles in one of those picnic baskets.  As for Portland -- we went there during the week and there were probably only about a dozen people there and we felt like we had the place to ourselves!  What are we looking for you're probably asking (since we just divested ourselves of lots of STUFF)!?  Well, a Pinocchio cookie jar like we got as a wedding gift and and lost somewhere along the way, and a small table for beside the bed (since everything in our bedroom is sort of snug ... but I need a small table to put my Kindle and glasses on every night before I fall asleep).  So the hunt is fun.  And we're entertained by looking at old things; things we love to look at and touch and remember.  BTW, we've been looking for that Pinocchio for YEARS and haven't given up yet!  I'm afraid when I find it it will be like $500 and I'll not be able to justify buying it!  LOL!

Also, just a reminder: remember the reason for the season!

Merry Christmas and a very blessed new year to you all. 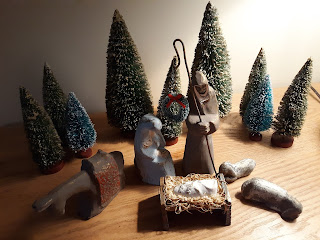 Posted by Judith at 5:42 PM No comments:

"Hope smiles from the threshold of the year to come, whispering 'it will be happier'." -- Alfred Lord Tennyson 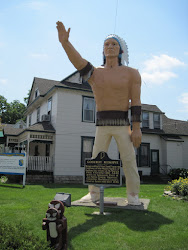